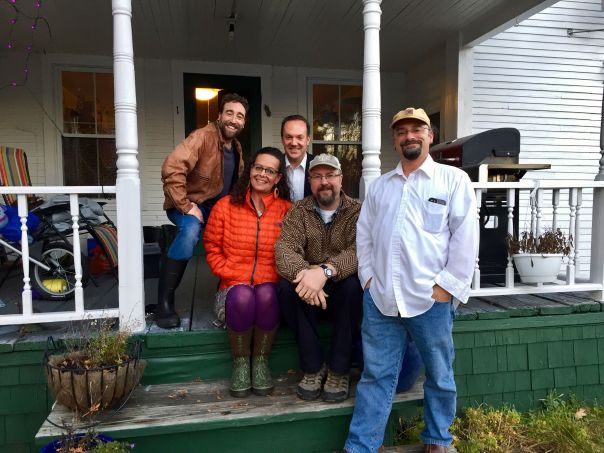 A diehard comedy fan since the 70s (remember comedy albums…on vinyl?),  I eventually stumbled upon the ultimate: live improvisational comedy. For me, nothing on earth is more brilliant.

PS In Philadelphia, I recommend The N Crowd.

On Cheering Oneself and the Bladder Diaries 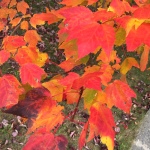 Fall is a time of endings. A time to bask in nostalgia and perhaps mourning. Some exceptional people have left our plane recently and it’s easier in autumn, somehow, to wallow in the loss. I go right down to bottom; I’m not a shallow diver. Anything less feels like I’m not getting the job done right.

In middle age, I try not only to navigate but enjoy life’s vicissitudes. When I’m up I know I’ll go down and – mercifully – vice versa. Our experience on earth is to be a rich one. We are not to be stuck in one mood; that would be annoying. So when Stick Season gets a tad dreary, just picture how we all recently hopped aboard the Foliage Express, cruising around in awe in a magical world of dappled, colorful light and canopied dirt roads, the sun low in a Superman-blue sky as we wondered how musicians who penned all-time great songs (Billy Joel; Phil Collins) also wrote such toads (Tell her About It, 1983; Sussudio, 1985).

Living here has mental health advantages. As an auctioneer at a fundraiser recently put it while auctioning off a dinner at someone’s home, “And their back yard is a gorgeous natural wonderland … which describes about 97% of Vermont.” True. Most of us can walk less than a mile and see a lovely slice of paradise. Of help during dark tymes.

And like humans everywhere, Vermonters throw feel-goodevents. Randolph’s New World Festival, Woodstock’s Lobster on the Green, the Tunbridge World’s Fair. All that dancing and eating and merrymaking, the grease of many nations, the musicians and animals and maple and historic historicness of it all … we just had that. We’ll have it again. For now, in blustery weather, why not lift your voice in song? Join a choir or chorus or hospice group. Sing in the car. Public restroom. Feed store. Do it. Cheering!

A friend sent me an article about High Functioning Anxiety. The poor person who wrote it was clearly living a life of self-loathing eased only, if cleverly, by X-treme busy-ness. No stranger to combatting distress with busy-ness myself, I felt bad for the author but had to wonder: why are so many people so miserable in modern tymes?

A Dalia Lama op-ed piece noted that modern man has more literacy, less infant mortality, less poverty and less hunger. He suggested our despair stems from people not feeling they are needed or contributing. Add to that, IMHO, the unreal images of love and careers projected on all our screens, plus Lord knows what environmental stressors. Hell, when mankind had few choices, struggling to survive pestilence and droughts, we were grateful for a meal and a bed and a set of teeth. Now, that’s not enough. The friend writes: “Laura Ingalls Wilder had a terribly hard life, but did she sit there and worry?  No, she did not!  She went and twisted hay for fuel during the Long Winter.” So what’s the answer?

A trip to Bethel. Whodathunk? The renovations of its town hall and

churches, the post-Irene bridge, cozy eateries, good meats at the Central Market, the Little Library in a cleaned-up downtown, pop-up “university” Bethel U, … cheerful progress! I’ve been a fan of Bethel since 1969, because we could exchange our parents’ beer cans for fishing lures and because I hate change and it never, ever changed. But this change is good. You and Bethel: perfect together.

So once you’ve sufficiently enjoyed your dark, autumnal introspection, bask in Vermont’s boggling natural splendour, ponder fun tymes you’ve had, read Little House on the Prairie, consult the Thanksgiving Argument Generator online, daytrip to Bethel, and for God’s sake, sing. Time marches on. Before you know it you’re in your 50s keeping a bladder diary. Good warbling, and good day.