The Degree of Difficulty and The Flip Side of Everything

When I’m not puzzling about our political climate, pondering which mosquito-borne illness is most likely at a particular time of day (West Nile by night; Zika and dengue by day) or fretting about The Really Big One, I’m contemplating the flip side of everything for dear Reader. And as I peripatetically examine Vermont’s many splendours, I collect observations and nuggets of solid gold for your reading pleasure in our dark modern tymes.

Such as this gem during a holiday weekend, from a doctor I met lakeside: “My research is online. Google me.” I’ve never heard the verb Google with me as the object of the verb – brilliant! Let’s say it a lot. The world is a mess. We could use the laffs.

The Olympics upon us, I am unable to wax desperate about world affairs. The sweat of many nations* diverts us, joyfully. From the opening ceremony to the first “On your mark!” to the extinguishing of the torch, we are riveted by the athletes’ discipline, costumes, and youth.

Observation: when I started watching the Olympics (first televised in the US in 1960) in 1968, the athletes were all older then I. Now they’re all younger. Much. And very different from me. As the official slogan for the first Olympic and Paralympic Games in South America says: A New World. A new world I can no more fathom than I can navigate. The technology alone…there are many, many things now beyond our control. With everything from the car to the toaster computerized, we can’t fix anything that’s busted. Our children and grandchildren know more than we do, for the first time in the history of the world. We’re in a weird place because of it. I’m pretty sure that when we were kids, everything was our fault. We were in the way, we were noisy, we broke things, we cost a lot. Now, as adults, everything is our fault. We destroyed the planet etc. etc.

A term we non-Olympians hear only every 2 years is Degree of Difficulty. As my father would agree, the Degree of Difficulty in just plain living has greatly increased in our part of the world in recent years. We are assaulted by information and images of extreme wealth and extreme poverty, and exposed to waves and rays of all kinds. There is too much bad news televised, too many climatic disasters, too much violence and economic upheaval boggling our beans — and that’s not counting the disappearance of products we loved, the prevalence of fakely famous “celebrities,” and horrible fashion trends. No wonder we can’t sleep.

Can’t sleep? Hell, stay up till midnight every single night watching the O’s. It’s where the degree of difficulty is measurable and finite, unlike in the rest of life. It’s the only place you’ll hear caldron in a non-pagan setting, the term aquatic stadium, and podium as a verb, e.g., ”I plan to podium.”

When life’s degree of difficulty proves too much and you hit the wall, achieving the unfortunate state that psychologists call learned helplessness, just pack it in. Leave the dishes in the sink, the bills unpaid, kick up your feet, and turn on the tube. Gaze at the beautiful youth of earth’s many Lands with their crazy-good feats and grace and energy, with compelling close-ups of their unashamed thrills of victory and agonies of defeat.

And the sounds! The parallel bars. The diving board. The thwaks and panting. The excited sportscasting and cheering of the fans will rouse you. You’ll see people going absolutely nuts because they won the bronze. And with today’s high def TVs, you’ll feel like you’re cycling right along with them, swimming underneath them, vaulting through the air alongside them, or falling off the balance beam despite your finest efforts. It’s like when Bugs Bunny was chasing the mechanical rabbit lure at the dog track. You are right there with them. It’s virtual reality and it sure feels good. We have to take advantage of what slim benefits Modern Tymes offer, indeed.

Not into sport? Volunteer or hang out with the YP’s.** Despite the hideosity of the man bun, with its possibly samurai provenance, and their disinterest in anything awkward or random***, the YPs are lovely beings of light, so polite and “Howzitgoing?” and “Tell me what’s good!” and “You’re fine.” With them, bigotry and bias and dependence upon fossil fuels will vanish. Miraculous inventions and ways of thinking will solve climate change, restore the polar ice cap, correct water problems, feed the world, and repopulate vanishing species. 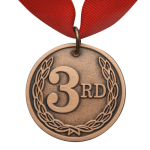 But for now, dear Reader, give up. Recline on the couch and win the bronze. Leave the future to the YPs. Google yourself silly. Everything will be okay. Good vaulting and good day.

SOMEONE YOU KNOW LOVES CHEESE

Show up with a wheel of cheddar.

CAKE BY THE OCEAN

Pretty baby, if they play that song one…more…time….