Squirrels and Tigers and Hares — Oh My

When I’m not buying discounted Valentine foodstuffs, reeling from presidential debates, or marveling at the driving etiquette of certain states, I endeavor to cheer and motivate Dear Reader and, in so doing, activate my own laggardly winter self. In tymes of crippling global bizarreness – political, fiscal, climate, you name it – we could all use a little pep talk.

Maybe your Valentine’s Day wasn’t quite dreamy. No matter, this Hallmark folly is more obligation than holiday, much as I love my annual “balentine” from my mommy. St. Pat’s Day does nothing for many — a drinking day vaguely involving snakes and saints, and if you’re not religious, it seems rather a long, festivity-less haul until Memorial Day. It is.

It’s an odd time of year in an odd year in odd tymes. Who could sleep with all the award ceremonies and farcical debates? A church friend said this has been the winter of our discontent … we had “nothing to play in outside” … had to go to Jersey for snow. When the sun came out (twice?) the temperature plummeted. We felt thwarted. Restless. The global news helped none, and personal problems abounded. Mankind seems to be going through…something. I hope it gets us somewhere good.

When things aren’t going ducky in one life area (say, job), it’s easy to extrapolate the badness onto every other area (money, health, marriage), then just smear it all over the past and the future. It’s a combination of rewriting history (with a dark ink) and catastrophizing about the future. Then everything seems quite terrible indeed. And in your mind, it is. That’s when the compensatory measures kick in – overeating, overdrinking, oversleeping, overreading. I’m not saying your worries aren’t valid. They probably are. I’m saying that in a dreary time of year, one distressing thing can make you don the opposite of rose-coloured glasses. You pick the color.

Overwhelmed? Hiding? Not thrilled with where the choices you’ve made have gotten you? Or maybe you made very few choices. You just went with the flow and now you’re gasping for air on a debris-littered bank since the water level suddenly dropped. It’s not too late, you know, to take your life in hand. I won’t claim it’s never too late to do anything, because that’s a lie. Time marches on. Trains leave the station. Windows close. Boom. You have to get clever with workarounds. 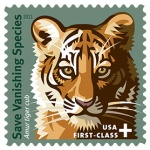 Patience is not my greatest virtue. My Chinese Zodiac year is that of the Tiger; tigers question authority, detest incompetence, and are impatient. With age, at least, we improve at handling disappointment and delaying gratification. Which helps, because when you don’t get cranky you retain the clarity to plot an alternate route.

As we encounter pot holes and frost heaves and flat-out roadblocks, let us allow the recent Black History Month to inspire in us a serious pondering of Plan B (“another approach”). Maybe it’s time to try a new route. Switch jobs. Move. Quit something you’re failing at, expand something you’re good at. Good at everything you do? Test yourself; try something new. But if it’s not mostly fun, forget it. Life is hard. Plenty of miserable tasks and situations will be thrust upon you. Don’t add to the pile.

Hell, this crazy weather could force us inside for weeks. Lie around, in the bath or under an

ocean of blankets, and let your mind float away. What don’t you do that you’d like to? Or, if you can’t do it, what can you do instead? What are you going to plant, lit. and fig.? Which annual that will last a year; which perennial that you will enjoy — or endure — year after year? Dahlias or skunk cabbage? Use your intuition and look for a Sign. I do. 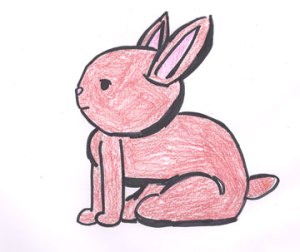 Ride the rails, knit, bowl. Give or get a massage. Get a pet. Walk. Do something for someone. Take a class. Soon this weird winter will end and you’ll be running around like a crazed March Hare, full of P and V. But remember: vigilance! Turn off CNN (“There’s a rabid squirrel ripping through American neighborhoods … is it coming to YOU?”); it should be called the Alarmist News Network. And I always forget seasonal nuisances until their return. Black flies, cluster flies, black ice … pot holes. I hit one so wide my car couldn’t possibly straddle it. It was really more of a sinkhole, a lunar cheese hole. The car groaned. As did I. As will you. Ponder your spring … with vigilance! Good day.